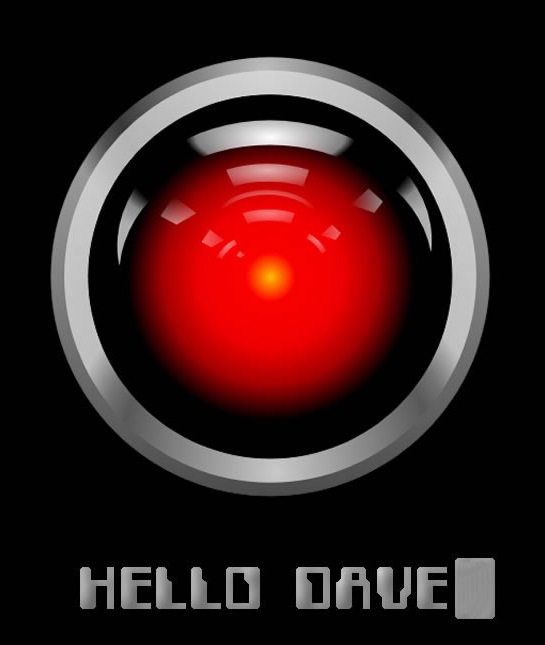 One of my favourite films of all time was the 1968 epic science fiction film produced and directed by Stanley Kubrick 2001: A Space Odyssey. It contained a memorable scene which became seared in to my then -10 year old consciousness, where HAL 9000 an artificial intelligence computer takes over the systems of the Discovery One spacecraft while on a voyage to Jupiter and uses one of the escape pods to kill astronaut David Bowman while he is repairing the ship.

Last year this memory was resurrected by Stuart Armstrong, a researcher from the Future of Humanity Institute at the University of Oxford, who gained worldwide media coverage with his warning that computers were now becoming so clever that they could become our enemies, take all our jobs and eventually 'exterminate' us all.

As a practising psychologist working with young people, I find myself strangely conflicted on the topic of technology. Over the last decade I have embraced new and emerging technologies, and instead of contemplating their role in an artificial intelligence Armageddon, my experience is that technology can and indeed is playing a crucial role in helping humanity manage and enhance its wellbeing.

For the last decade, increasing numbers of my colleagues in clinical practice have been turning to a plethora of web-based programs, smartphone apps and wearable devices to diagnose, treat, support and follow up an array of young people with considerable success. It begs the timely question: Could machines be part of the solution rather than part of the problem?

Let's look at how technology might help me treat HAL 9000 if the supercomputer made an appointment at my practice. I would already know a great deal about HAL before we met face to face, or face to camera in HAL's case. As I do with all my clients, I would have sent links to fact sheets on confidentiality, a video designed by beyondblue explaining what it is like to see a psychologist, as well as an online screening tool developed by the Black Dog Institute called the Mood Assessment Program, which is a computerised assessment and diagnostic tool for mood disorders.

When HAL entered the waiting room it would receive an iPad containing a preselected set of computerised psychometric tests that are automatically scored and uploaded to my computer before I met the patient. Once I have conducted my formal interview, in addition to my clinical judgment I have a battery of test results that assists me with a diagnosis and the development of a treatment plan. This documentation is extremely useful if I need to refer the client to a GP or psychiatrist.

The technology allows me to choose from a variety of user-friendly fact sheets from reputable organisations such as headspace, Orygen and ReachOut, which I can send my clients and (with their permission) to their adult carers, that explains the condition, its treatment and outlines their role in that treatment.

Australia has led the world in the development of e-Mental Health programs that provide online mental health treatment and support options for people experiencing mild to moderate depression or anxiety, enabling mental health professionals to 'prescribe' free, anonymous online treatment sessions with programs such as MoodGym and e-couch which augment and reinforce the therapy provided in the psychologist's office.

Best of all, I could introduce HAL to some amazing smartphone apps that could help it manage wellbeing, along with specific depression or anxiety aps that could be used in between sessions with me. These include the mindfulness app Smiling Mind, ReachOut's Breathe for anxiety attacks, Music eScape that uses the music playlists on patient's phones to manage their moods, as well as exercise apps like Couchto5k that gently and gradually encourages them to move. There are even apps like Pillboxie that can give patients a digital nudge to remind them to take their medication. These apps are mostly free or low cost, are with them 24/7, can be used in the privacy of their bedrooms, carry no stigma and are completely confidential.

Some argue that Australians are in the grip of a sleep deprivation pandemic, and sleep is often hugely problematic for my patients. Apps like Recharge, which contain a six-week sleep training program along with sleep trackers like Jawbone and Fitbit can monitor movement and sleep and learn the association between exercise and sleep, essentially 'beducation' at the touch of a button.

Perhaps if the disgruntled, insecure and ultimately homicidal HAL 9000 had access to some of these amazing online programs, smart phone apps or biometric devices, astronaut Bowman would still be alive and the voyage to Jupiter might have been completed.